Our strategies spell success for
businesses of All Sizes

A big selling point of YouTube Music is, well, the YouTube part of the service. Not only is there a ton of music available on YouTube, but there are loads of videos as well, which is what got YouTube on the map in the first place. That works for music, too, with tons and tons of music videos available to stream, if you’re looking for something a little more visual when you jam out. Google’s leaning into that with the latest update to YouTube Music, which now supports switching seamlessly between audio and music videos.

Easy switching between audio and video is now possible

So what does that mean, exactly? Let’s say you’re listening to a song and there happens to be a music video available. You can turn your phone on, hop over to the app, and tap the video button at the top of the screen and the music video will immediately start playing at whatever part of the song you’re in, with no gaps, interruptions, or other issues. It goes the other way, too, so you can flip between the audio and video at any time. Switching between the two happens seamlessly, picking up at the same moment in the track in the other format. The transition is said to be seamless for “uninterrupted listening and watching,” and this has been made possible because of the company’s “perfectly time-matched” more than 5 million official music videos and audio tracks. In other words, users can switch back and forth between the music video and just the audio track over and over again without going out of sync.

Where in the app is the feature available?

Listeners on YouTube Premium and YouTube Music Premium now have the option to toggle between the audio version of a song and its official music video at will. The feature is available in the YouTube Music app for both Android and iOS mobile platforms. In an official blog post, YouTube announced that YouTube Premium and YouTube Music Premium subscribers can now switch between the music video and just the sound of the song they’re listening to at a tap of a button, which is located at the top of the screen when playing music.

If you want to now play audio songs only… that’s possible too!

You might have been wondering whether the app can be set to play only songs by default. This always sounded very simple considering the video already has the audio encoded, but there was never an option to do this basic task. Good news, now there is an option. That means there would be any videos at all. In the settings, there is a new option that reads “Don’t play music videos,” and users can change their preference by switching that option. So those listeners who never want to watch videos in the app can now rejoice at this new choice (like me).

We aren’t sure at this stage but something like this is sure to be followed by something more. The innovation on Google’s end never ends. Recent advancements like incorporating augmented reality directly into Search prove that. 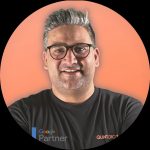 Harpreet has over 14 years of experience in direct sales and marketing, a promising track record of churning out revenue for businesses and a headstrong attitude to pursue success.

When you partner with us, you won't miss out on any aspect of digital marketing for your business objectives. Your multi-channel business campaign would utilise the following channels

We build you a high-performance website that looks amazing and is equipped with advanced design elements, quick loading speed and drives sales and revenue to your business.

Take advantage of the tremendous potential and user base of social media by detailed keyword research, reaching your target audience and creating a dominating presence on Facebook and Instagram.

Use paid advertising to put across ads on Google and gain qualified leads for your business.

By writing highly engaging and compelling content for all your copies including website, email marketing, ads and landing pages, we grab conversions for your business.

Don't take our word! Check out these testimonials about working with us

Here are some of the reviews by our clients who have experienced unprecedented growth in their business!

We can’t recommend Quint Digital more, once Quint started, it was like a tap was turned on. Phone started ringing and we have been busy ever since.
Thanks for your help

We are proud to be associated with Quint Digital. Quint is a startup with a passion to help Small and Medium Business grow. We wish you and your clients massive online success!!

Best Digital Marketing Agency I found in Melbourne, after trying a few times and being disappointing, I finally met Harpreet, he is honest and knows what he is talking about. Drives his team to deliver SEO and Local SEO results.

Quint Digital have played a major part in growing our pest control business. They are very professional and efficient with everything that they do. They keep us well informed and offer ideas and advice where needed. Thanks guys! From the team at Total Pest Control

It has been a pleasure working with the team of Quint Digital. We were looking for some efficient ways to uplift our business online. And since we got in touch with Harpreet and his team, we haven’t looked back ever since. In a short stretch of time we achieved high level of SEO.
Healthcure Massage has marvelously stood out and has been dominating google locally. Their service exceeds our expectations. We know we have our marketing being done by the best. We highly recommend team Quint Digital.

Brilliant from the first time we spoke about my business marketing needs, to delivering a quality solution. The whole project was delivered without any issues at all. Very happy with the solution I have got. Web design team was quick to respond and change based on recommendatios. Helpfu suggestions all the way when I was confused on my needs. Whole team was very responsive.Highly recommended on web design and digital marketing.

We understand how frustrated you are with the false promises of digital agencies nowadays. That's why we aim to be the last digital marketing agency that you have to work with to make your business a success in the market.

We know that as a business owner, you want to make money out of your website. We focus on ensuring that you earn a cool return on your investment with all your campaigns reflecting $$$.

By working with us, we keep you in the loop of all strategies, processes and updates associated with your campaigns. We outline every single parameter of how we achieve your KPIs and revenue.

We offer the A to Z of digital marketing, providing complete end-to-end services. This brings an impactful online presence, brand authority, gain lead conversions, sales figures and make money for your business. Our unique Multidimensional Formula helps create campaigns that combine any or all of our services.

We have worked with numerous businesses like yours and our powerful strategies have helped them achieve resounding growth, sales and ROI figures of up to 7x. You can check out our tremendous work with our clients here.

As a top-notch lead generation strategy expert based in Melbourne, we have worked with business owners all over Australia. We understand the dynamics of the market extremely well and know exactly how to bring unprecedented growth and success to your business.

FREE SPOTS FOR May ARE ALMOST ALL GONE

These videos highlight how happy our clients have been with our services and the growth their businesses have experienced! 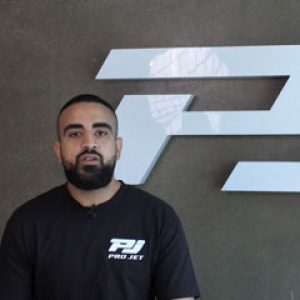 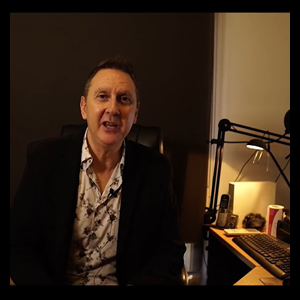 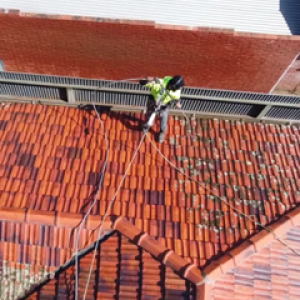 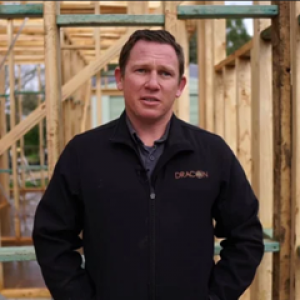 Here are some frequently asked questions about digital marketing that businesses may have.

Marketing techniques that are used to capture the attention of the audience and are carried out through electronic means come under the umbrella of digital marketing. The marketing tactics are done through promotional ads, social media, blogging, articles, campaigns, etc. The goal is to reach an audience appropriate to the brand and generate sales.

Through online tools and strategies, it is possible to create awareness about the brand and target, not just random people, but an audience whose buying behaviours match what you are offering

Quint Digital is a digital marketing agency that is based in Melbourne and assists businesses with their marketing on the Internet. This is done by a variety of methods such as social media, content, blogging, campaigns, etc. Quint Digital offers personalised approaches to marketing to every business and thus you can rest assured you are giving your customers a unique experience.
Local packages, keywords, etc. all are focused on the audience that you as a business are targeting and this guarantees traffic.

There are thousands of agencies on the Internet that offer digital marketing strategies to businesses. What sets Quint Digital apart from these is the kind of personalisation they offer with a focus on small scale ventures. These local businesses have a target of the local community and thus with SEO packages, campaigns that are specific to the community in the area, your local venture will soon scale.
Quint Digital has through the years studied the market, the changing algorithm, the trends and thus when it comes to standing out on the web, we know what it takes.

Once you approach Quint Digital for your marketing needs, or web development, web design, content marketing, social media etc. you can expect positive results. This is guaranteed as our experts will employ strategies that have shown excellent outcomes and proven results. With changing algorithms, there is the need to adapt and continue to excel and this can be achieved with conversion-oriented digital marketing techniques.

Hiring a professional agency is wise, as you will benefit from the following:

✓ Website traffic that is relevant to what you are offering

✓ Leads that turn into high-value customers

✓ Lower bounce rate on the website and higher number of clicks 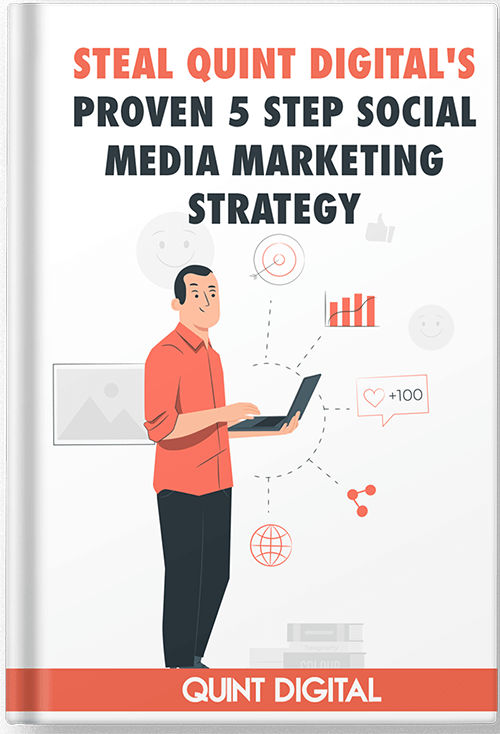 5 SIMPLE STEPS TO UNCOVER GAPS IN YOUR BUSINESS ONLINE PRESENCE 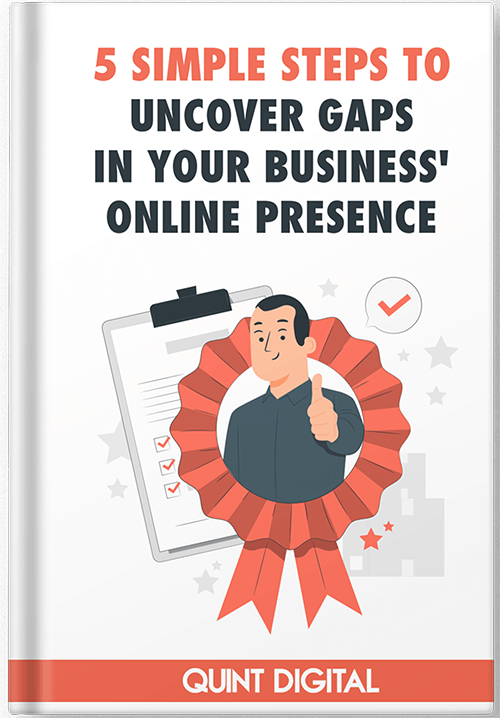 Multidimensional Marketing Strategy we applies for this local business to reach 10x growth! 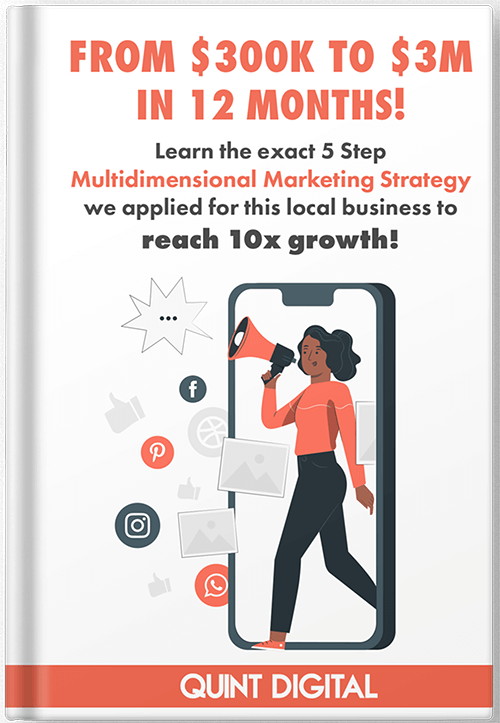 OUR TOP 5 GOOGLE ADS SECRETS TO TRANSFORM YOUR SMALL BUSINESS 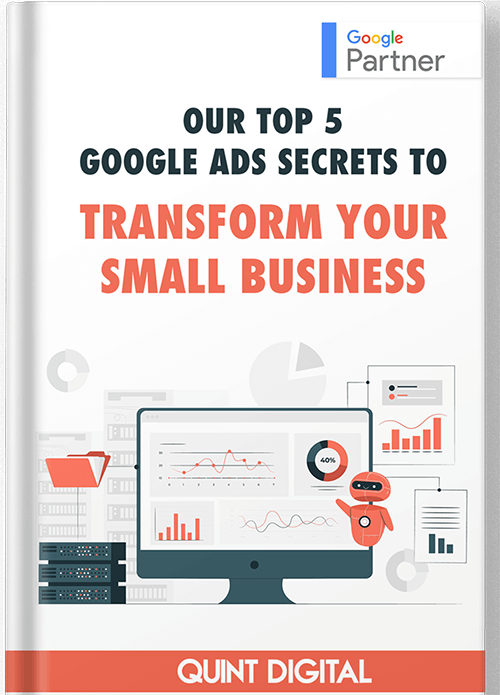 UNCOVER 7 SECRETS OS A SUCCESSFUL WEBSITE FOR A SMALL BUSINESS 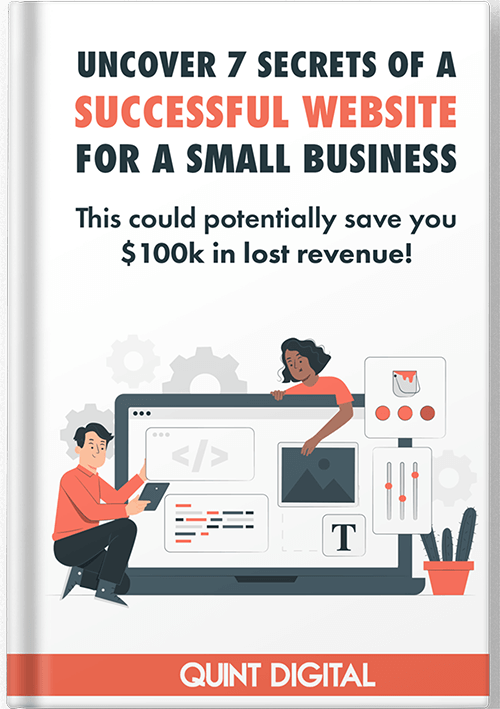 Reviews by our extremely happy clients!

Watch This
Book a Free Consultation
Download My e-Books